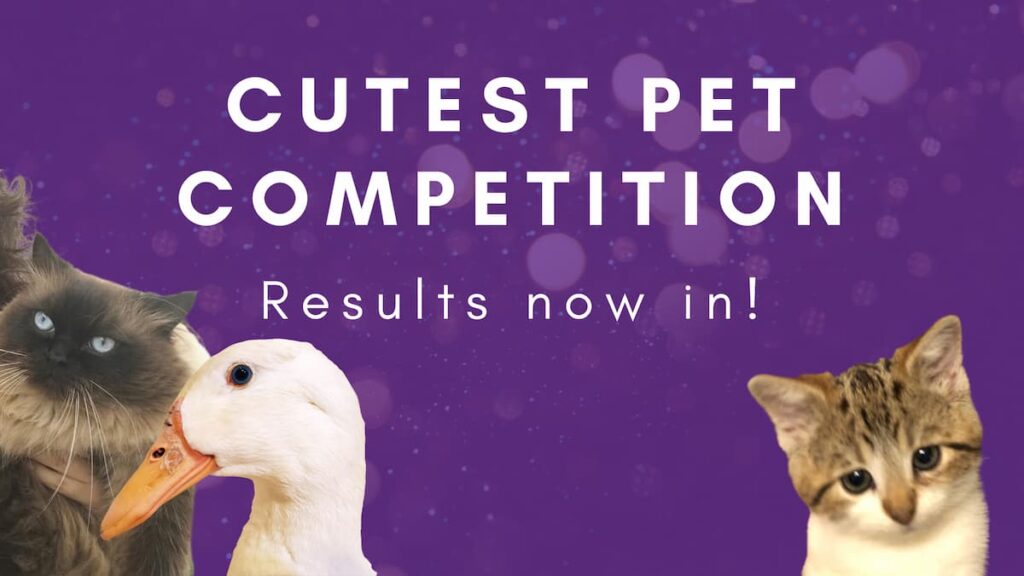 If you missed it, hasOptimization hosted a cutest pet competition where each employee put forward one of their pets to compete for the coveted spot as the cutest pet. The competition was fierce — a full blown campaign was launched for Cole the duck on Instagram, Facebook, Twitter and more, including a British voiced campaign against the other competitors. The other competitors shot back in various ways throughout the week. Overall it was a lot of fun!

If you missed the hubbub on social, don’t worry, we’ll have a recap for you after we announce the winner.

And the winner is…

A long and hard campaign trail

Well, it was a one week campaign, but still, it was fun! Allyson started the competition by posting an introductory video to each pet:

Competitors to Cole my have noticed the intrusive “Duck Fact” videos encroaching on their story times every day for the length of the competition… But after that, it was a free for all. And Cole hit first:

Jungle would not take those accusations lying down!

But Cole knew that was a lie…

And he hit back harder than before:

Soon the duck was out for blood, striking against Cinnamon too!

Cinnamon was hurt, but Jungle’s fans came for Cole, even threatening to eat him! The Duck’s campaign kept heavy pressure on the cat.

Cole’s campaign even published a post claiming that an attempt was made on Cole’s life on Saturday night when a cat (bobcat) visited the run and attempted to get at the ducks inside. Had Cinnamon and Jungle sent a cat to kill him? Stories were posted where eyewitnesses were interviewed.

Duck Facts kept in daily, along with clearly photoshopped “photographic proof” of Cinnamon and Jungle. By the time voting started, the competition was heated. A catchy jingle called “Ducks are cuter than kittens” had even been performed.

Jungle and Cinnamon put up a good fight, but in the end, Cole persevered! He’ll be claiming his rightful spot on the hasOptimization about us page as the cutest pet of 2021. Thanks for everyone who participated and enjoyed our silly competition!